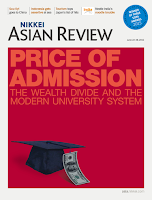 After nearly two years of planning, discussion and then a year of promoting Beijing's vision of democracy, the Hong Kong government on Thursday suffered an embarrassing defeat on its proposed electoral reform legislation.
An impromptu walk-out by pro-government lawmakers just before the vote -- supposedly meant to delay proceedings by creating an insufficient quorum -- misfired. There were enough lawmakers left in the legislative chamber for the historic vote to go ahead and the "no's" overwhelmed the "yes" camp by 28 to eight.  However, even if the lawmakers had all stayed and voted, the united front presented by the opposition would still have been enough to veto the bill.
For many in the local and international communities, this defeat demonstrates the Hong Kong people's vigorous determination to defend their city's autonomy, enshrined in its constitution since Britain returned it to mainland China in 1997.  Many fear Beijing's increasing interference in Hong Kong's internal affairs will bring with it the corruption and lack of rule of law long witnessed on the mainland.
It may seem strange that the opposition lawmakers -- who come under a loose alliance called the "pan-democrats" -- would vote against a reform bill that was meant to allow Hong Kong people to select their head of government by one person, one vote for the first time.  The version of "universal suffrage" that is acceptable to Beijing comes with severe limitations, however, and they are designed to exclude anyone deemed unfriendly to the central government... Click here to read the full article.