Susan Finder on Private Lending and Shadow Banking in China 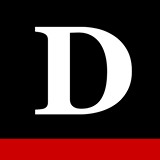 "Private Lending in China: Out of the Shadows?"
Susan Finder (Visiting Fellow, Centre for Chinese Law)
The Diplomat
12 August 2015

As I wrote in June, the Chinese courts are flooded with private (or “shadow”) lending cases, involving increasingly large amounts of money. The law on shadow lending is particularly unclear and fluid, causing uncertainty for debtors, lenders, and judges. Government recognition of internet lending and P2P lending, now at an early stage, means that many more shadow lending disputes are destined for the already stressed court system.
On August 6 the Supreme People’s Court (SPC) issued what it calls a “judicial interpretation” to set out basic rules for private lending. This private lending judicial interpretation, which will become effective on September 1, applies to P2P internet platforms but not internet platforms operated by entities regulated by financial regulators.
When announcing the private lending judicial interpretation, the SPC released updated statistics on private lending. Private lending disputes are the second most numerous type of civil case in the Chinese courts, with 526,000 cases in the first six months of this year, up 26 percent in comparison to the same period in 2014. The flood of cases has put enormous pressure on the court, and uncertainty concerning the legal structure has affected all parties, from small and medium enterprises to judges and lawyers... Click here to read the full article.