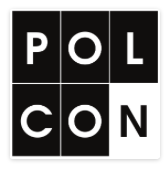 Dr Dan Matthews will be speaking at the University of Helsinki on 19 October 2016 on "The Sense of Sovereignty in the Age of the Anthropocene". The Political Constitutional Theory (PolCon) website describes the seminar as follows:

"The ‘Anthropocene’ names a new climatic regime in which human activity has begun to shape the Earth’s geological, ecological and atmospheric constitution. If the sixteenth century was marked by the West’s ‘discovery’ of new areas of the globe, along with distinct modes of its inhabitation, climatologists have today discovered a new relation that the human has to the earth and its atmosphere. The fact that humans have become a geological force is attributable to the impact of ‘modernity’, the result of industrialisation, technological progress and an enormous expansion of the human population. The political exigencies that this new age of discovery provokes are well known, precipitous and unsettling. This paper will offer some preliminary thoughts on how the changing reality to which the ‘Anthropocene’ signals challenges dominant modes of political and legal thinking. In particular, the paper will suggest that ‘sovereignty’ a concept deeply embedded with the history of modernity and still, in so many ways, constituting the contemporary world, deserves renewed, critical attention. A concept born as the last ‘age of discovery’ got into its stride, can sovereignty still constitute the limit of our legal and political horizons in the age of the Anthropocene?"