HKU Law Scholars Comment on the NPCSC Interpretation on Oath-Taking 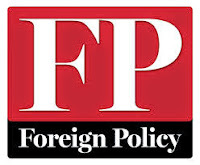 "The People of Hong Kong vs. The People's Republic of China"
Suzanne Sataline
Foreign Policy
11 November 2016

Hong Kong’s colonial past is still alive in the city’s courtrooms. There, judges are called “my lord” or “my lady,” and barristers stride in black robes and heavy wigs that ripple with thick skeins of horsehair. The scenes connote sobriety, stability, and, for many Hong Kongers, equality before the law — even though they unfold within the People’s Republic of China, where legal proceedings are cloaked in mystery.
Hong Kong has the only legal system in the world with an independent judiciary that operates within a socialist dictatorship, according to Cora Chan, an associate law professor at the University of Hong Kong. It’s been a struggle to balance the odd marriage between Leninist doctrine and Western common law, especially at those moments when the Communist government tips the scales and privileges party preservation over transparency and fairness...
Most troubling is that the decision threatens the city’s independence and punctures the 50-year firewall, created in 1997, that protects Hong Kong’s rights and powers from the authoritarian system to the north in a framework called “one country, two systems.”
“This is the most brutal form of intervention with a judicial interpretation,” says Johannes Chan, a law professor at the University of Hong Kong and former faculty dean. “It’s interfering with the judicial process. It’s far worse than any time before … The NPC has no power to make law for Hong Kong, as such. The blow, apart from the fatal blow to the judicial system, is how could anyone have confidence in one country, two systems?”
Nineteen years after Britain ceded Hong Kong to Chinese control, many residents are furious with what they consider Beijing’s encroachments and demands for allegiance. Thousands of people attended a rally in August to support five candidates who were blocked from running for Legislative Council, or Legco, after they voiced support for independence or a referendum on the city’s future. Many protested last year after five employees of a publishing house disappeared, believed to have been kidnapped and detained on the mainland. A Chinese legal decision in 2014 promised free elections in Hong Kong, but only for candidates vetted by Beijing. The resulting fury fanned a vast street occupation that lasted nearly three months.
The Basic Law allows China to step in and issue interpretations of law, but legal scholars who have studied the process to draft the constitution with the PRC say that the intent was not to invite blatant interference in Hong Kong local governance. Yet, the NPCSC has tried to break the spirit of the agreement repeatedly since reunification, at least four times prior to this week. Because Hong Kong’s constitution permits China’s legislature to offer its views, Hong Kong can’t ignore Beijing’s legal decrees, Johannes Chan says, but must find ways to work with or around them...
A final option is what Cora Chan calls the “nuclear” choice. In theory, the court could reject Beijing’s paper as a nonbonding opinion that exceeds the framework of Hong Kong’s constitution.
That would risk the wrath of the Chinese Communist Party. “There’s always this possibility that whatever the courts do, it might antagonize China and China might then issue another interpretation to overrule the court’s understanding,” she says. “One might argue, if you antagonize Beijing, they might take away the entire common law legal system in Hong Kong. That’s a possibility.”... Click here to read the full article.

After Beijing controversially stepped in to block two pro-independence lawmakers-elect from taking office in Hong Kong by offering its “interpretation” of the city’s own laws, Hong Kong lawyers are left wondering how to clean up the mess.
Yau Wai-ching and Baggio Leung, who represent the Youngspiration political party, were elected in legislative elections in September. Until now, the two haven’t been able to swear in to officially assume their posts as lawmakers. The first attempt was voided by the Legislative Council president after they displayed a “Hong Kong is not China” banner and mispronounced the word China to make it sound close to an old war-time insult instead of reading out the official oath...
“They (Beijing) wanted to exclude those two young persons from the (Legislative) Council regardless of the cost,” said Fu Hualing, a law professor at the University of Hong Kong. “They took it as a personal insult. They did not care about the legal and political cost, because they just want to stop anybody who is pro-independence from joining the Legislative Council.”
Seizing on Beijing’s intense hatred of separatist talk, Rita Fan, Hong Kong’s only representative to the Standing Committee of the National People’s Congress, said she supported Beijing’s intervention because Yau and Leung’s separatist actions were “adding salt to the wounds of the Chinese people.”
Beijing’s intervention effectively disenfranchises tens of thousands of people who voted for opposition politicians across a spectrum ranging from pro-independence to mild democrat. Fu said that Beijing’s intervention amounts to basically future elections in Hong Kong being of “no use.”... Click here to read the full article.

8 November 2016
Hong Kong’s legal professionals have criticised Beijing for bypassing the amendment procedure set out in the territory’s mini-constitution and making a “direct application” of Chinese national laws to Hong Kong.
On Monday, China’s legislature, the Standing Committee of the National People’s Congress (NPCSC), voted on and passed The NPCSC’s interpretation of the Basic Law Article 104 of the Hong Kong Special Administrative Region with unanimous support. It was the fifth Basic Law interpretation since the 1997 handover....
HKU law professor Benny Tai Yiu-ting said the NPCSC is “actually legislating directly for Hong Kong by adding detailed provisions” to local laws on oath-taking in the name of an interpretation.
“[The interpretation] is a direct application of national laws to Hong Kong, an amendment to the Basic Law and an adjudication of an issue in a trial,” Tai said, adding that the NPCSC has gone beyond its power stipulated in the Basic Law and the Chinese Constitution.
Under Article 18 of the Basic Law, national laws are not applicable to Hong Kong, except for laws concerning defence, foreign affairs and matters outside the autonomy of Hong Kong. In addition, these laws can only be applied locally by amending Annex III of the Basic Law and then by way of promulgation or legislation.... Click here to read the full article.