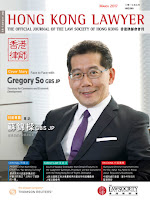 Late in 2016, the Court of Final Appeal (“CFA”) in HKSAR v Chan Kam Shing, FACC 5/2016 confirmed that joint enterprise liability remains part of Hong Kong criminal law. In so ruling, the CFA upheld the 1985 decision of the Privy Council (on appeal from Hong Kong) in R v Chan Wing Siu [1985] AC 168 (PC), in which Sir Robin Cooke formulated a broader basis for the imposition of secondary liability on the parties to a joint criminal enterprise than had previously been clearly established (the “wide principle”).
In re-affirming Chan Wing Siu and the wide principle, the CFA declined to follow the lead of the UK Supreme Court in R v Jogee, R v Ruddock [2016] 2 WLR 681 (“Jogee”) earlier in 2016. In Jogee, the UK Supreme Court (“UKSC”) had somewhat surprisingly concluded, more than 20 years after the wide principle was unequivocally adopted in the criminal law of the UK, that Chan Wing Siu had “taken a wrong turning at law”. The UKSC concluded that the wide principle involved a misunderstanding of the prior case law dealing with the liability of participants in a common criminal purpose. “Foresight” of what the parties to a common purpose might do beyond their agreed purpose while carrying out that purpose had been wrongly elevated into a principle of secondary liability, rather than serving at best as an evidential foundation for liability. Having identified this “wrong turning”, the UKSC in Jogee unblinkingly abolished joint enterprise liability as a separate basis of secondary party liability. Rather, the UKSC held that the liability of participants in a common purpose must instead be established using traditional accessory principles of liability, based on assisting or encouraging, with intention (or at least conditional intent) to assist or encourage the commission of the relevant offence and knowledge of all essential matters relating to that offence. Foresight in a joint judgment is only relevant as evidence of intention and not as a basis for establishing complicity... Click here to read the full article.