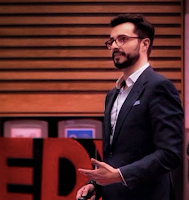 Dr Giuliano G Castellano is an Associate Professor in the Faculty of Law, a Fellow of the Asian Institute of International Financial Law (AIIFL), and a Fellow of the Higher Education Academy.
Giuliano holds a law degree from Bocconi University (Milan, Italy), a PhD in Economics and Social Sciences (Ecole Polytechnique, Paris), and a PhD in Law (Inter-University Centre for Law, Economics and Institutions, University of Turin).  Before joining HKU, he was based at the University of Warwick, School of Law, where he joined as an Assistant Professor and was promoted to Associate Professor. At Warwick he was also a faculty member of the Central Banking and Financial Regulation Qualification Programme, a postgraduate programme delivered by the Warwick Business School to the Bank of England. Prior to that, he was an LSE Fellow at the London School of Economics and Political Science (LSE), Law Department (Law and Financial Markets Project), where he taught and researched in the field of financial regulation.
Giuliano’s research interests lie in the fields of financial regulation, international financial law, law & finance, and regulatory theory. His work has been published in the Modern Law Review, Law & Contemporary Problems and Fordham International Law Journal. He recently led a three-year research project, supported by the British Economic and Social Research Council (ESRC) and intended to maximise the impact of his research regarding access to finance. His research has been leading him to collaborate with international organisations, development agencies, and national governments. Since 2010, he has been serving as a Legal Expert for the Italian delegation at the UN Commission on International Trade Law (UNCITRAL), Working Group VI (security interests). In this capacity he contributed to the drafting of several international soft-law instruments designed to promote secured credit, including the UNCITRAL Model Law on Secured Transactions, adopted by the UN in 2016. In addition, he is currently involved in legal and regulatory reform projects in a number of jurisdictions, with the intent to foster financial inclusion, access to credit, and financial stability. 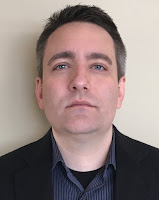 Dr Jedidiah Joseph Kroncke is an Associate Professor in the Faculty of Law and Deputy Director of the JD programme.  He currently teaches property, equity and trusts, as well as courses in common law reasoning for civil law students.
Previously, he was a professor at FGV Sao Paulo School of Law and the Senior Fellow at the East Asian Legal Studies Program at Harvard Law School. Dr Kroncke garnered a range of awards and fellowships as he earned a BA in Asian Studies and Legal Studies from the University of California Berkeley, a JD from Yale Law School, and a PhD in Social and Cultural Anthropology also from the University of California, Berkeley. After graduate school, he was awarded the Oscar M Ruebhausen Fellowship at Yale Law School, the Samuel I Golieb Fellowship in Legal History at NYU Law and the Berger-Howe Fellowship in Legal History at Harvard Law School. He has been a visitor at the International University College of Turin and the National University of Singapore.
Dr Kroncke’s research centres on international legal history and the study of alternative labour and property institutions. His interdisciplinary work draws on the US, Chinese and Brazilian legal experiences, and is devoted to the productive indigenization of comparative legal analysis. He routinely presents his work at leading law schools across the globe, and is a reviewer for several leading international journals as well as the university presses of Oxford and Cambridge.
His book, The Futility of Law and Development: China and the Dangers of Exporting American Law (Oxford University Press), explores the role of U.S.-China relations in the formation of modern American legal internationalism and the decline of American legal comparativism. Previous publications have addressed law and development, authoritarian law, comparative constitutionalism, and the link between domestic legal innovation and comparative law. He is currently completing a book on the transnational history of the American model of legal education, as well as projects on the evolution of international law and cross-cultural knowledge. He is the first Associate Editor on comparative and non-Western history for the Law & History Review.
His projects in labour and property include work on cooperative landholding, the role of labor and employment law in development, employee owned corporations, comparative union democracy, and the relationship of property and labor rights in democratization. New projects include republican conceptions of the corporation, versions of economic democracy in debates over universal basic income and job guarantee programs, and the implications of automation for the future acquisition of productive property. He is an active member of the Association for the Promotion of Political Economy and Law, as well introductory associate editor for the Journal of Law and Political Economy.

Dr David Kwok is a Lecturer in the Faculty of Law and a member of the Centre for Socio-Legal Studies of the Faculty of Law at the University of Oxford. His research interests are anthropology of law, comparative environmental law and private law. He is interested in exploring issues relating to legal consciousness, legal culture and legal pluralism in the context of clashing and conflicting legal, social and religious constructs, ideals and practices. He has published in the areas of comparative law, dispute resolution and historical practices of law.