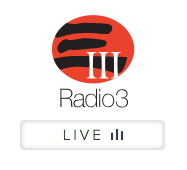 "Child Protection and Children’s Rights"
Presenters: Hugh Chiverton and Jim Gould
Backchat, RTHK Radio 3
13 September 2018
Description: A report by the Social Welfare Department indicates that child abuse is on the increase, particularly where very young children are involved. In the first six months of this year there were 554 newly reported cases of abuse, compared with 947 for the whole of 2017. Those figures, and several widely reported cases before the courts in the past few months have led to calls for stronger penalties and an overhaul of child protection laws. So how could child abuse be prevented, and how could children's rights be better safeguarded?   Panelists: Puja Kapai, Priscilla Lui, Azan Marwah, and Dennis Ho. Click here to listen to the programme.  Kapai co-organised the Centre for Comparative and Public Law's Conference on Safeguarding Children's Best Interests at HKU on 8 September 2018.