Marco Wan on The Invention of Tradition: Same-Sex Marriage and Its Discontents in Hong Kong 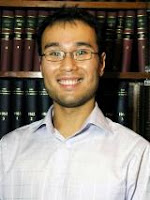 "The Invention of Tradition: Same-Sex Marriage and Its Discontents in Hong Kong"
Marco Wan
International Journal of Constitutional Law
forthcoming
Abstract: This article interrogates the premise that the protection of traditional marriage constitutes a reason against the recognition or implementation of same-sex marriage in the context of Hong Kong. Through a critical examination of the legal and political discourses on marriage equality in the territory, it demonstrates that those who argue against same-sex unions in the name of ‘traditional marriage’ participate in what the historian Eric Hobsbawm calls an ‘invention of tradition’, whereby a fantasmatic past is conjured up as a way of resisting the forces of social, cultural, and legal change. By analyzing government documents on Chinese law and marriage from Hong Kong’s colonial era, this article explores the complex and varied set of marriage regimes that once existed in the territory, and that the rhetoric of traditional marriage represses. It further shows how Hong Kong’s unique marriage history can shed light on the debate about marriage equality in our own time.