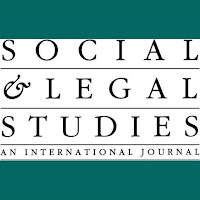 Social & Legal Studies Blog
22 Jan 2020
Hong Kong’s Basic Law is a law of the National People’s Congress (NPC) of the People’s Republic of China (PRC). It was passed by the NPC in 1990 under the authority conferred on the NPC by Article 31 of the PRC Constitution of 1982. The Basic Law provides the fundamental, regional legal foundations for governing the Hong Kong Special Administrative Region (HKSAR) within the PRC under the One Country Two Systems (OCTS) formula.
As I write, there is some suggestion that the NPC Standing Committee (NPCSC) may issue an Interpretation under Article 158 of the Basic Law to stipulate, explicitly, who may determine the compatibility of laws and regulations with the Basic Law. It is unclear if this will happen or how sweeping any such stipulation may be, if delivered. We know, based on the wording of Article 158 and the decision of Hong Kong’s Court of Final Appeal (CFA) in Lau’s case, in 1999, that the NPCSC enjoys a plenary power to issue interpretations of all components of the Basic Law on its own initiative at any time. All such interpretations are binding in the HKSAR. These Beijing moves arise from the overturning, by a Hong Kong court, of a regulation banning the wearing of masks at public demonstrations in the HKSAR... Click here to read the full text.