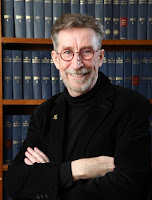 A PROJECT WITH CONSEQUENCES: THE FUNDAMENTAL RENOVATION OF HONG KONG’S LEGAL SYSTEM[1]
Richard Cullen
During the British Hong Kong era, the Judicial Committee of the Privy Council (JCPC) in London acted as our paramount court (today replaced by the Court of Final Appeal (CFA)). In this role, the JCPC typically adhered to a society-based understanding of the operating context of the Common Law in Hong Kong.
For around 150 years these were the essential guardrails within which the law worked in British Hong Kong. This was the Common Law system which was understood and spelled out for retention in the Joint Declaration, in 1984.[2]
In 1991 we witnessed the enactment and application of the Hong Kong Bill of Rights Ordinance (BORO). This was one of the measures introduced by the British shortly prior to the 1997 handover, which aimed to build greater confidence within Hong Kong. The enactment of the BORO was the starting point of the fundamental reshaping of Hong Kong’s legal regime
Henry Litton is a retired judge of the CFA, where he first became a Permanent Judge in 1997. He published a book in 2019 entitled, Is the Hong Kong Judiciary Sleepwalking to 2047?[3] This is a very important book because of its intense, highly informed observations on the reformatting of our legal system.