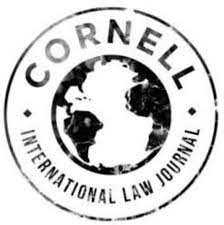 "Judicial Legitimation in China"
Benjamin Minhao Chen & Zhiyu Li
Cornell International Law Journal, Volume 53, Issue 2, pp. 169 - 206
Published in April 2021
Abstract: China’s judiciary is becoming increasingly professionalized, and its courts are enjoying a degree of autonomy they have not enjoyed since the Revolution. By promulgating abstract interpretations of the code and through the selective publication of cases, Chinese judicial institutions today function as policymaking bodies on both national and local scales. But are they able to legitimize social policy? This question has received little attention from legal scholars, but its answer is important for our understanding of the judicial role in the governance of modern China.
We field a survey experiment that seeks to measure the persuasiveness of courts vis-à-vis administrative and non-regulatory actors. We find that courts are sometimes able to induce support for the policies they endorse. We also find, however, that this ability is not unique to courts and is at least equaled by administrative bodies.
Our results have profound implications for the future of judicialization in China. They illuminate the potential of litigation as a tool for fostering social change. But they also explain why the regime does not rely on judicial institutions to convince the public of the rightness of government policy: other governmental entities are as persuasive as courts, if not more so. More broadly, the empirical findings presented here suggest that while the Chinese party-state might find it advantageous to operate through law, it does not necessarily have to govern through courts.
Posted by Ivy at 4:00 PM