New Book: From Hackney to Hong Kong — The Story of a Lucky Man (by Clive Grossman SC) 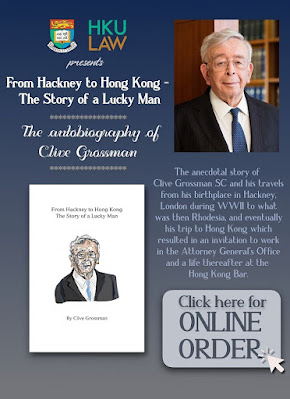 Published by HKU Law, this is the anecdotal story of Clive Grossman SC and his travels from his birthplace in Hackney in London during the Second World War to what was then Southern Rhodesia. He describes his life in Rhodesia and what later became Zimbabwe, growing up there, schooling, working as a clerk then university in Cape Town, practice at the Bar, his time in the military, and eventually his trip to Hong Kong which resulted in an invitation to work in the Attorney General’s Office and a life thereafter at the Hong Kong Bar.