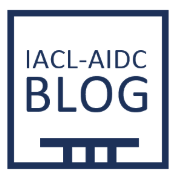 The COVID-19 pandemic and domestic legal responses to it have inflicted widespread suffering across the globe. States, democratic and authoritarian, most of them signatories of international human rights instruments, including the International Covenant on Civil and Political Rights (ICCPR), the International Covenant on Economic, Social and Cultural Rights (ICESCR), and the United Nations Convention on the Rights of Persons with Disabilities (CRPD), have imposed drastic emergency responses that include quarantines of entire towns, cities, provinces, even nations unprecedented in the modern era.
Mass quarantine, called ‘lockdown’, can be said to be an invention of the Chinese authorities who shut down transport systems in Wuhan, the first known epicentre of the COVID-19 outbreak, in January 2020. Though differing from state to state, such measures generally feature significant restrictions on citizens’ personal liberty, freedom of movement, work, family life, education, and ironically even health due to the delay in treating other diseases. Displacing individuals, families, and social networks may very well prove, in retrospect, to have caused a devastating public mental health crisis. The economic slump, mass unemployment, domestic violence, and other repercussions that ensued on lockdowns that disproportionately hit the less well-off may ramify in more long-run health issues and early deaths than the pandemic itself.
It has become commonplace in public debate that a public health emergency is a legitimate justification for suspending fundamental rights and freedoms at all costs. In fact, to adopt an ‘all-or-nothing’ approach to combat a public health emergency using non-pharmaceutical Interventions is incompatible with most international human rights treaties, especially the ICCPR. Article 4 of the ICCPR explicitly forbids such restrictions, even during a ‘public emergency which threatens the life of the nation’, if it should involve ‘discrimination solely on the ground of race, colour, sex, language, religion or social origin’; or derogations from the right to life, freedom of thought, conscience and religion; or from the prohibition of torture, cruel, inhuman or degrading punishment, medical or scientific experimentation without consent, slavery, slave-trade, servitude, imprisonment due to inability to fulfil a contractual obligation; or from recognition of everyone as a person before the law and the principles of legality in criminal law. What is more, the Siracusa Principles on the Limitation and Derogation Provisions in the International Covenant on Civil and Political Rights, approved in 1984 by the United Nations’ Commission on Human Rights, states that the ‘severity, duration, and geographic scope’ of any emergency response that derogates from the rights guaranteed by the ICCPR must be ‘strictly necessary’ and ‘proportionate’ to the threat defended-against... Click here to read the full post.
Posted by HKU Law at 3:00 PM