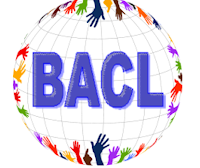 Eric Ip
British Association of Comparative Law
November 5, 2021
We tend to think of administrative law as an external constraint on politics, regulation, and public administration, and forget the fact that administrative law actually rests upon political foundations and is part and parcel of the political system. The overall insight of Judging Regulators is that administrative law is not an exogenous determinant of administrative behaviour. Administrative law, as developed by common law courts, will evolve in response to broader changes in the polity, subject to constraints imposed by political actors and the scarcity of judicial resources. Such changes are not necessarily constitutional shifts, but more subtle changes in the partisan and ideological composition of the legislature in particular, and the electorate in general.
Judging Regulators derives insights from political science and economics to solve the mystery of why administrative law in the United States and the United Kingdom – the world’s two most influential common law countries – fundamentally diverges from each other on questions of law, fact, and discretion. Divergence was not always the case. From the founding of the American Republic in the eighteenth century to the immediate years after the Second World War, administrative law in these two English-speaking countries showed remarkable similarities. Judicial review of administrative acts grew exponentially in both jurisdictions as their administrative states became larger and more powerful during the second half of the twentieth century... Click here to read the full post.
Posted by HKU Law at 3:30 PM