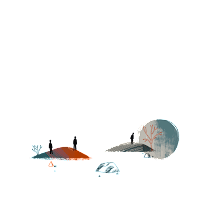 "How Antitrust Facilitates China’s Goal to Achieve Technological Self-Sufficiency"
Angela Zhang
China Platform Governance
Published on 27 June 2022
Introduction: This essay is part of The Four Domains of Global Platform Governance, an essay series that examines platform governance from four distinct policy angles: content, data, competition and infrastructure.
Ant Group’s attempted initial public offering (IPO) in 2020 was to be the biggest in world history. If it had succeeded, 18 Chinese individuals would have become billionaires overnight. Unfortunately for Ant, Chinese regulators put the brakes on the deal just two days before it was to go ahead (Yang and Wei 2020). Ant never became the biggest IPO in Chinese history, while Alibaba (Ant’s affiliated company) would, just a few months later, become the recipient of the biggest fine ever issued by Chinese antitrust authorities. The months leading up to that US$2.8 billion1 fine were characterized by a fierce antitrust campaign aimed at China’s tech giants, all of whom have since faced some level of regulatory scrutiny over their business practices. .... Click here to read the full text.
Posted by Ivy at 5:00 PM