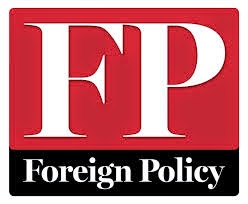 If the Hong Kong protesters succeed, and every adult could vote in the 2017 chief executive race from a publicly chosen slate of candidates, who in the current elections system would be the biggest political losers? The Aberdeen Fishermen Friendship Association, for one. Not to mention the Shau Kei Wan Stern Trawler Fishermen's Credit Co-operative Society and the Lamma Island Lo Dik Wan Aquaculture Association...The system is another gift from the British. In the mid-1980s, more than a decade before the 1997 handover of this former colony back to China, the British created a legislative elections system that relied on a network of trade groups, unions and powerful constituencies to pick lawmakers, said Simon Young, a law professor at the University of Hong Kong. Relying on elite voters and interest groups, they reasoned, was a better way to take the pulse of Hong Kong than to try to discern the will of unknown voters.  Click here to read the full article.