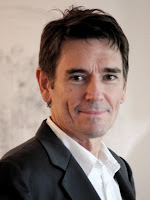 July 2019
In March and May 2019 the Securities and Futures Commission (“SFC”) took disciplinary action against five investment banks in relation to shortcomings in the standards of sponsor work on three initial public offerings (“IPOs”) in 2009 and s2014. While the recent actions are part of a current thematic enforcement trend of the SFC - in October 2018 the SFC’s head of enforcement stated 28 sponsor firms in relation to 39 IPOs were under investigation – they bring to 14 the number of disciplinary cases against IPO sponsors since 2006.
The actions, which included fines totalling HK$813.7 million, put into sharp focus the special nature of the sponsor’s gatekeeper role in the listing process and the importance of the assurance it provides to the regulators (HKEX and SFC) and the market as regards the quality of disclosures in an IPO prospectus.
The cases were concerned with shortcomings in three key areas. The veracity of the listing applicant’s core assets and customers was not subjected to adequate due diligence. Reliance on experts and other third parties suffered from, inter alia, deficiencies in both the instructions given to them and the follow-up on important matters requiring verification. Record-keeping sufficient to establish an audit trail of what the sponsor had considered and done was inadequate. Further details can be found on the SFC’s website.
Although the question of what standards should apply to a sponsor’s undertaking has been subject to discussion since at least the time of the Hay Davison Report in 1988, the shortcomings observed in the recent disciplinary cases are familiar ones to the sponsor community.
For example, that sponsors should not place unsubstantiated reliance on experts was a concern of a consultation paper issued by the Exchange in 2000. The introduction of the SFC’s Corporate Finance Adviser Code in 2001 led some sponsors to complain the standards were too high and unachievable. Around this time, the recognition of an “expectation gap” and continuing concerns about the quality of sponsor due diligence led to a further codification of sponsor duties in 2005. The SFC’s 2011 thematic review, based on sponsors’ self-assessments circa late 2007 to late 2009, indicated deficiencies in customer due diligence, undue reliance on experts and other third parties, and inadequate record-keeping practices. This led to further changes to the regulations being introduced in October 2013.
Over the course of these developments, whether the underlying market expectations for sponsor standards have been subject to escalation remains subject to debate. While some sponsors consider that to be the case, others appear to hold the view that the recent disciplinary actions reflect a continuing expectation gap and, possibly, the exercise by the SFC of hindsight. However, such views sometimes arise out of a misunderstanding of the relationship between the exercise of “professional judgment”, the role of experts and other third parties, and the exercise of reasonable due diligence (as opposed to forensic examination and the detection of fraud).
Sponsors and their legal advisers would do well to examine Escott v BarChris Construction Corp (283 F.Supp. 643 SDNY 1968), an important case on what constitutes adequate underwriter due diligence in the context of a securities offering in the United States (there is no sponsor concept per se in the United States). Although Escott is around a half-century old, it is remarkable how many of the failures enumerated in that case continue to be reflected in the recent sponsor cases. Escott (and the cases that follow it) can also assist a deeper appreciation of the overarching objectives of Practice Note 21 - too many sponsors rely on a “PN21” checklist that leads to a box-tick mentality having insufficient bearing on what undertaking reasonable due diligence and exercising professional scepticism should involve in practice.
Where a prospectus does contain materially false or misleading information, or omits material information, aside from the exercise of the SFC’s disciplinary powers against sponsors, the logical next step to safeguarding our market for primary equity offerings may be to look to the market abuse provisions of the Securities and Futures Ordinance, which are capable of applying not only sponsors but also to the originators of misleading disclosure, namely, the directors of the companies being listed. Regrettably, Hong Kong’s out-of-date and under-used prospectus law remains of secondary relevance.
Syren Johnstone, a former principal supervisor for IPO sponsor work, was appointed by the SFC as an independent expert in relation to IPO sponsor duties and is sharing his personal views on the SFC’s recent disciplinary actions.