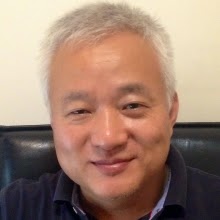 Abstract: Public opinion matters in different regime types, and an authoritarian state like China is as deeply concerned with opinions of their citizens just as democracies are. Popular opinion as reflected in victims’ petition and sympathy in social media is an influential force for Chinese courts to reckon with in making decisions. In the end, death penalty decisions require the broad support of the society and cannot be left merely for judges to decide. This article has argued that the Chinese penal populism occurs in a different cultural context. The Chinese penal populism challenges principally the perceived abuse of power and addresses the issue of social inequality with Chinese egalitarianism in the backdrop. This article also argues that what is passed in the name of public opinion in China is really the opinions taken by victims, defendants and their respective supporters who advocate for certain specific positions - either for lenience or harshness in sentencing and either pro or against the death penalty. Piercing the veils of public opinions in many sensational cases, one may quickly realise that public opinion may not be as spontaneous as it initially appears. Behind public agitation and outcry, victim families and their supporters actively mobilise and exploit the sympathy of the general public, tactically frame their tragedies, and aggressively “sell” a particular line with the explicit aim to bring public pressure to bear on decision-makers. There are professional middlemen for hire, who can fan public emotion and bring the case to a higher profile. The perfect storm would not have formed except through painstaking, persistent and aggressive organisation of public opinion. The storm can then shape the political agenda and override the judicial decision-making process.  Click here to download the paper.