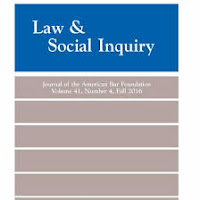 Abstract: Hybrid constitutional courts are associated with deeply divided and post-conflict contexts where the impartiality of the domestic judiciary is suspect. Such courts enlist international (i.e., foreign) judges to create an ostensibly neutral counterbalance to the presumed political biases of local judges. This mixed-methods case study of the Constitutional Court of Bosnia-Herzegovina questions the value of these hybrid courts. Contrary to what might be expected, the results of multidimensional scaling indicate that Bosnia's foreign judges have not provided a reliable counterbalance to apparent ethno-national divisions on the Court. Furthermore, qualitative analysis suggests that the foreign judges have contributed to several strategic mistakes that have probably harmed the Court's tenuous authority. It is also suggested that the presence of international judges on constitutional courts may actually discourage the kind of strategic behavior that is needed to build and sustain judicial power, particularly in deeply divided and post-conflict contexts.