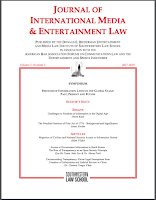 Abstract: This paper examines the relation between extra-legal regimes of information control and the right to information created by China’s Regulations on Open Government Information (ROGI) and discusses its implications for legal reforms in a party-state. It finds that the norms that preserve the traditional ways of information control under the socialist system have triumphed over the transparency requirements under the ROGI and inhibited the ROGI’s liberally oriented functions. It argues that the circumvention of transparency requirements is caused by not only the flaws in the ROGI, but also the dualist disposition of power in the party-state and the incomplete legal regulation of the exercise of power.
Existing literature on China’s transparency reform focuses on the implementation and interpretation of the ROGI alone, largely overlooking the norms that are generated by the party-state authorities in parallel with, or in the place of, the ROGI to exempt information from disclosure. These secrecy norms can be called “extra-legal norms” because they are generally not considered sources of law under the Chinese legal system. Extra-legal norms are nevertheless widely adhered to in practice because of their political importance within the governance structure. It is important to note that freedom of information law is significant primarily because it seeks to establish disclosure as the rule and non-disclosure the exception. The ROGI’s effectiveness hence hinges on the extent to which the primacy of its disclosure requirements is guaranteed over secrecy norms.
The paper first identifies three major categories of extra-legal exemptions: (1) documents defining the specific scope of state secrets; (2) directives on the prior approval of information releases; and (3) ROGI implementation measures. It analyzes in depth the nature and validity of each. It then examines, based on a representative sample of cases, judicial review of extra-legal exemptions that fall within categories (1) and (3) but contradict either the ROGI or other laws. After elaborating the gaps in the formal hierarchy of law and the marginal, or even failing, judicial control of invalid norms, the paper further reflects on how its embeddedness in the party-state has impeded an otherwise promising legal reform in the direction of greater government accountability.