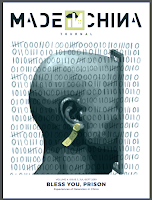 In liberal democracies, detention power tends to converge on three issues: first, differences in social/political status are no longer relevant, and common legal rules apply to all types of detention based on the fundamental right of personal freedom; second, political mechanisms and legal rules are in place to reduce state arbitrariness in depriving citizens of personal freedom; and finally, detention is subject to enhanced juridical control, with access to lawyers and judicial scrutiny serving as the litmus test for its legality. Indeed, the transition from a police-centric legal system to a court-centric one is often regarded as the hallmark of genuine democratisation, and the degree to which personal freedom is protected offers a meaningful index to measure the status of rule of law in a particular society. (Cao et al. 2014).
After four decades of legal reform in China, what kind of progress has the country made in controlling the power to detain, reducing its arbitrariness, and making the repressive arm of the state legally accountable? Has the fear of police power, in particular the proverbial panic of a knock at the door in the middle of the night, been reduced or increased? A general answer to these questions is that there are changes and continuities, as the power to detain is largely defined and shaped by China’s regime type... Click here to read the full article.