The Eleventh Inauguration of Endowed Professorships

Every society will have to strike its own balance of such rights and responsibilities." 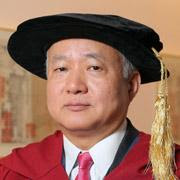 Appointed 2018. Professor Fu Hualing is Professor of Law and holder of the Warren Chan Professorship in Human Rights and Responsibilities at the Department of Law, The University of Hong Kong (HKU). He specialises in constitutional law, legal institutions, human rights with a focus on China, and cross-border legal relations in the Greater China region.
Professor Fu's current research focuses on the rise of human rights lawyering in China and its implications for political and legal reform in the country, the politics of anti-corruption enforcement, popular justice, and a critical re-assessment of rule of law reform in China in the past four decades. His other research areas include the constitutional status of Hong Kong, in particular central-local relationships in the Hong Kong context and national security legislation.
He has a keen interest in building capacity in civil society, developing the rule of law, and enhancing legal protection of human rights in China. He has worked with and advised foreign governments and international institutions, as well as the Office of the High Commissioner for Human Rights (OHCHR), with respect to their projects in China.
His teaching focuses on human rights in China, corruption issues, and cross-border legal relations between Hong Kong and the Mainland. He is committed to expanding experiential learning opportunities for Hong Kong law students in the Mainland and Mainland law students in Hong Kong. He continues to actively promote student and faculty exchanges with leading Mainland law schools, in a spirit of better mutual understanding.
Professor Fu received his LLB from Southwestern University of Politics and Law, Chongqing, in 1983; his MA from the University of Toronto in 1988; and his Doctor of Jurisprudence from Osgoode Hall Law School in 1991. Prior to joining HKU in 1997, he taught at his alma mater in Chongqing, and at City University of Hong Kong. Professor Fu has served as Director of the Centre for Comparative and Public Law (2004-06), Head of the Department of Law (2008-10) and, since 2014, has been Associate Dean (China Affairs) at the Law Faculty.
He has been a visiting professor at the University of Washington, New York University, the University of Pennsylvania, the University of Michigan, and Zhongnan University. He served on the Mainland Affairs Committee of The Law Society of Hong Kong, and as an adviser to the Asian Law Centre, the University of Melbourne, and the Centre for Asian Legal Studies, National University of Singapore.
Professor Fu has published extensively in various books, and in local and international journals, including The China Quarterly, The China Journal and the Journal of Contemporary China. As a believer in collaborative approaches to scholarship, he has co-edited a number of significant studies including National Security and Fundamental Freedoms: Hong Kong's Article 23 Under Scrutiny (2005); Liu Xiaobo; Charter 08 and the Limits of China's Political Reform (2012); Mediation in Contemporary China (2017); Transparency Challenges Facing China (2018); and Socialist Law in Socialist East Asia (2018).
He is Co-editor of the Social Science Research Network Chinese Law eJournal, and Co-editor of The Routledge Rule of Law in China and Comparative Perspectives Series. Professor Fu was the recipient of the prestigious 2005 Gordon White Award from The China Quarterly for his 2005 article Re-education through Labour in Historical Perspective. He is widely regarded as one of the foremost commentators on the development and operation of public law in China. Professor Fu's perspectives on a broad range of legal issues are keenly sought internationally and also within Greater China. Overall, the work of Professor Fu Hualing has been important in helping to build HKU's exceptional reputation for research and scholarship in relation to China's law reforms, legal institutions, and civil society. 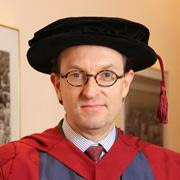 Appointed 2017. Cryptocurrency Bitcoin made headlines around the world across last year as it surged from less than US$1,000 to over US$20,000 in less than one year, before crashing in January 2018. Its massive surge and price volatility raises many concerns, with many banking and government officials warning investors not to trust it and that it is a bubble waiting to burst.
While Bitcoin’s meteoric rise grabbed the headlines, it also put the spotlight on Financial Technology (FinTech). Today’s FinTech is the result of a long evolutionary interaction between finance, technology and regulation, which is transforming finance around the world, particularly in China. Increasingly, it represents technologies and technological innovation in the financial sector that are disrupting traditional financial services, including mobile payments, money transfers, loans, fundraising, and cryptocurrencies.
Professor Douglas Arner is the Kerry Holdings Professor in Law at The University of Hong Kong (HKU). He is the founding Director of the University’s LLM in Corporate and Financial Law and LLM in Compliance and Regulation programmes. He specialises in economic and financial law, and regulation and development, and is recognised for his work in FinTech and financial regulation, particularly in the context of Regulatory Technology (RegTech).
He is the Project Co-ordinator of a HK$15.36 million five-year project on “Enhancing Hong Kong’s Future as a Leading International Financial Centre” funded by the Hong Kong Research Grants Council Theme-based Research Scheme. He is also a member of the Hong Kong Financial Services Development Council, the Executive Committee of the Asia Pacific Structured Finance Association, and the Advisory Board of SuperCharger FinTech Accelerator.
After graduating with a BA from Drury College and a JD from Southern Methodist University, Professor Arner continued his studies at the University of London where he earned an LLM and a PhD. Prior to joining HKU in 2000, he was the Sir John Lubbock Support Fund Fellow at the Centre for Commercial Law Studies, Queen Mary University of London.
Professor Arner served as Head of the Department of Law at HKU (2011-14) and as Co-Director of the Duke University-HKU Asia-America Institute in Transnational Law (2005-16). During this time, he managed 70 full-time academic staff at HKU and was responsible for over 1,500 students. He also taught postgraduate teaching programmes, undertook a major reform of the curriculum, and oversaw a significant expansion in student and staff numbers.
He co-founded the Faculty’s Asian Institute of International Financial Law in 1999 and served as its Director in 2006-11. The Institute is considered today the leading academic research institute focusing on international financial law, regulation and policy in Asia. In 2007, he received HKU’s Outstanding Young Researcher Award.
The World Bank, the Asian Development Bank, and Asia-Pacific Economic Cooperation (APEC), among others, have invited Professor Arner to serve as a consultant. He has been a visiting professor or fellow at numerous overseas universities, including the University of Melbourne where he is a Senior Fellow. More recently, he was the Ken Yun Visiting Professor at Duke University in 2017 and the Peter Ellinger Visiting Professor at the National University of Singapore in 2016.
He is author, co-author or editor of 15 books, and the author or co-author of more than 120 articles, chapters and reports on related subjects. His most recent books include Reconceptualizing Global Finance and its Regulation(Cambridge University Press 2016) and Financial Regulation in Hong Kong (Oxford University Press 2016).
His recent papers are available at the Social Science Research Network (SSRN) where he is among the top 1% of all authors by downloads and one of the top 25 law authors in the world.