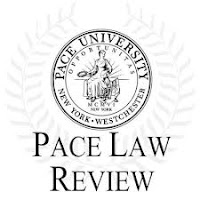 Abstract: This Article is delimited by a focus on international law scholarship during the late Mao era, not on the PRC’s actual approach to or pronouncements on international law, mainly in order to respond directly to the assertion of U.S.-based international law scholars on late Mao-era scholarship. Of course, considerable ambiguity surrounds what constitutes scholarly work; no legal or even consensus definition generally exists. To be clear, definitions might exist in specific contexts such as the Foreign Agents Registration Act (“FARA”) of the United States, which prohibits foreign lobbying except for “bonafide religious, scholastic, academic or scientific pursuits or the fine arts,” inter alia, although the distinction between scholarly and other types of activities is left entirely ambiguous under the legislation and the case law. In this particular context, Chiu signaled in 1966 what he might have meant by scholarly when he added the qualification to similar assertions from the past that Mao-era international law commentators exhibited “a lack of interest in original studies of international law problems,” suggesting that his definition of scholarly requires an element of originality and intellectual rigor concerning clearly identified problems. Whether the plain-language definition of scholarly contains such elements depends on which dictionary one consults. The Oxford English Dictionary refers to “learned, erudite” for its definition. The Cambridge English Dictionary defines scholarly as “containing a serious, detailed study of a subject,” which suggests the same type of study that a learned or erudite person would undertake. As this Article looks at U.S.based international law scholars, it might be helpful to look at U.S. dictionaries. The Merriam-Webster dictionary provides a similar definition as that of the Oxford English Dictionary— “of, characteristic of, or suitable to learned persons.” Collins Dictionary provides a first definition of “learned” and then a second of “having or showing much knowledge, accuracy, and critical ability.” Of course, accuracy might depend on the viewer’s perspective and the referent employed. Regardless, an amalgam of these definitions would include a large measure of detailed knowledge and serious independence in expressing that detailed knowledge, which presumably would create some form of originality in addressing the problem at issue. This Article uses all three elements—knowledge, independence and originality—to assess whether a particular Mao-era work between 1965 and 1979 represents a scholarly contribution. This is distinguished from non-scholarly contributions, which may relate to education but more closely resemble indoctrination and political propaganda.