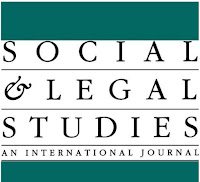 The concept of universal human rights is a relatively new one. It is a model for mediating human interaction that is widely regarded in a positive way. It is also a concept that is deeply sourced in Europe’s past.
Using a Chinese metric, one can credibly describe the long era of European history following the fall of the Western Roman Empire in 476 AD until 1945, as, more often than not, a “Warring States” period. Before and after that fall, powerful tribes invaded by land from the North. Vikings later did likewise by sea. Within much of Europe, numerous kingdoms were recurrently engaged in conflict with one another. Islamic invasion from the East had also begun by the 8th century leading to frequent confrontational responses, including the Crusades. Then came the Reformation in the 16th century. Christianity was split as never before. Still more savage levels of warfare followed.
Martin Luther, the man who did most to trigger the Reformation, was deeply hostile to the Pope and the Roman Catholic Church. In due course he also became militantly anti-jewish. Here we encounter another severe Western religious divide – one which dates back over 2,000 years to the dawn of the birth of Christianity.
In the 20th century Europe brought us World War I, from 1914-1918 – the War to End All Wars. That war did not secure this outcome. World War II followed from 1939 – 1945.
The most infamous aspect of World War II was the “Holocaust”, the name given to the horrific Nazi-German scheme where millions of Jews and other “undesirables” were exterminated in a series of Central European Death Camps. As it happens, Luther’s anti-jewish legacy helped lay important foundations for this genocidal project.
The lead-up to this overwhelming terror encompassed years of fearsome Nazi attacks on Jews, which included “Kristalnacht”, in November, 1938 when hundreds of Synagogues were wrecked, thousands of jewish businesses were destroyed and some 30,000 Jews were arrested and sent to Concentration Camps.
The extreme revulsion felt around the world – after the totality of these unspeakable Nazi projects was revealed – helped energize a powerful desire to create the United Nations. In early 1946, the first meeting of the UN General Assembly was held in London. In late 1948, the General Assembly, adopted the Universal Declaration of Human Rights (UDHR) as a pivotal part of the project to protect individual rights against horrific abuse. The UDHR was strongly shaped by the intense European Enlightenment understanding of individual autonomy.
This groundbreaking international instrument states in its title that it is a universal declaration. In the preamble it goes on to proclaim the essential need for “the promotion of universal respect for and observance of human rights and fundamental freedoms”... Click here to read the full text.