Congratulations to Kelvin Kwok, Dr Peter Chau and Dr Shitong Qiao on being awarded tenure and the title of Associate Professor at HKU's Faculty of Law.
The Faculty of Law is the longest established law school in Hong Kong. It adopts a rigorous process of external review for all tenure and promotion applications. The award of tenure is a recognition of the all-round excellence in research, teaching, service and knowledge exchange demonstrated by these individuals in their years as tenure-track assistant professors. 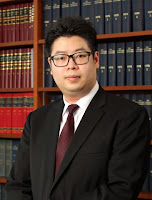 Kelvin Kwok researches in the areas of competition law and consumer protection. He has been the principal investigator of two General Research Fund (GRF) grants awarded by the Hong Kong Research Grants Council. He was awarded the Faculty Research Output Prize 2015 and the King’s/HKU Fellowship Award 2018-19. He has served as an editor of the Oxford University Commonwealth Law Journal, Hong Kong Law Journal, and China Antitrust Law Journal.
Dr Peter Chau researches in the area of legal theory, initially on the topic of criminal punishment and now increasingly on private law areas such as tort law. He  received two GRF grants. From 2015 to 2017, his funded project was on “Proportionality in Criminal Punishment”. In 2018, he obtained a grant on “Examining Non-Instrumental Justifications for Tort Compensation”. 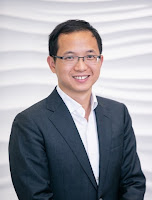 Dr Shitong Qiao is well-known for doing research in  Chinese property law and theory.  He was the Ken Young-Gak Yun & Jinah Park Yun Visiting Assistant Professor of Law at Duke University in Spring 2019 and the inaugural Jerome A. Cohen Visiting Professor of Law at NYU in Spring 2020. His monograph, Chinese Small Property: The Co-Evolution of Law and Social Norms, was published in 2017 by Cambridge University Press and won the inaugural Masahiko Aoki Award for Economic Paper from Tsinghua University. In dissertation form, it won the Judge Ralph K. Winter Prize (awarded annually to the best student paper written in law and economics at Yale Law School).  All the very best to our three colleagues as they move on to the next phase of their academic careers.