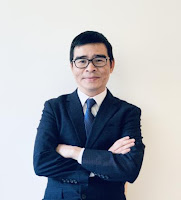 Congratulations to Dr Ngoc Son Bui, a 2013 graduate of our PhD programme, who will be the first Associate Professor of Asian Laws at Oxford University, when he takes up the appointment in July 2021. He will also be a Fellow of St Hugh’s College.  Dr Bui was a graduate of Vietnam National University-Hanoi (LLB; LLM) before he began his graduate studies at HKU Law under the supervision of Professor Albert Chen, Cheng Chan Lan Yue Professor in Constitutional Law. His dissertation was on Confucianism and Constitutionalism in Vietnam.  After graduation, he published his book titled Confucian Constitutionalism in East Asia (Routledge 2016) which was based on his doctoral work.  Before assuming his current tenure track position at CUHK Law, he held research positions at the National University of Singapore, Harvard Law School, Melbourne Law School and the University of Tsinghua. He is completing a new book on legal reform in the contemporary socialist world and co-editing a four-volume collection on Asian comparative constitutional law.
Posted by Ivy at 5:00 PM