An important step towards the acceptance of wildlife crime as organised and serious crime has been achieved with the CE providing her consent, under Article 74 of the Basic Law, to a private member's Bill to amend OSCO being presented in LegCo.
The Bill co-drafted by Amanda Whitfort and introduced to LegCo by lawmaker Elizabeth Quat in March 2021 requests the amendment to OSCO, which provides for a combination of enhanced enforcement and deterrent methods to investigate and prosecute serious wildlife crimes.
Unlike serious offences under the Dangerous Drugs Ordinance or the Theft Ordinance, offences under the Protection of Endangered Species Ordinance, Cap 586, have not been classified as ‘specified offences’ in Schedule 1 of OSCO. This has been a significant omission, given the organised nature of the transnational trade in endangered species. Despite the United Nations Office on Drugs and Crime and Interpol endorsing a ‘follow the money’ approach, focusing on the syndicates behind wildlife smuggling, enforcement in Hong Kong has traditionally focused on the mules in the supply chain, when offenders are caught red-handed trying to smuggle in the species. Failure to include Cap 586 offences in Schedule 1 of OSCO has also meant Hong Kong courts are not empowered, under the Ordinance, to confiscate the proceeds of organised crime’s wildlife trafficking.
The Hong Kong government increased the maximum penalties for wildlife crime in 2018. Unfortunately record-breaking seizures of smuggled wildlife have continued unabated. The OSCO amendment would go further to allow Hong Kong to effectively deter the criminal networks funding the extinction of endangered species.
Here is the link to the White Paper which convinced EQ to take up the Bill:
https://www.admcf.org/wp-content/uploads/2020/10/Protection-of-Endangered-Species-White-Paper.pdf

There is an SCMP story on it last week:

Amanda Whitfort will be giving a talk on the OSCO amendments and my SVIS (species victim impact statement) project on 7 May on Zoom at HKU.   Details are as follows: 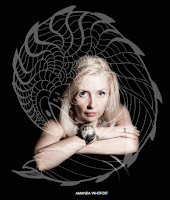