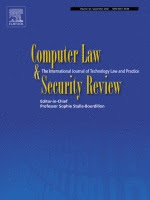 "Players’ Rights to Game Mods: Towards a More Balanced Copyright Regime"
Yahong Li & Zhaoxia Deng
Computer Law & Security Review
Published in November 2021
Abstract: In the context of video game, there is a notable convergence between the users and producers of content. There is also a tension between control over created content and innovative uses of that content, which arises from the gap existed between copyright law and the emerging practices of online communities. This paper examines a distinct form of player-contributed content, namely game Mods, through the perspective of social welfare rather than that of content creators. It argues that law is not the only factor affecting copyright owners’ decision-making behavior; social and economic factors also play an essential role. These factors explain why game developers may tolerate or even encourage minor alterations to their works but prohibit total conversion of the Mods. Given that the existing law and terms of service cannot serve as “effective cure” for regulating game Mods, this paper explores the social and economic factors that impact how game corporations address modding, framing these factors in a four-quadrant model according to the relative benefits and harm of Mods to game developers and users/modders. The inconsistency between the letter of the law and its practical application in the modding context suggests a need for law reform. Based on the findings of the above examinations, this paper proposes a two-pronged solution to the modding problem. The first prong concerns the social benefit of game Mods, aiming at changing the copyright regime from being exclusive to non-exclusive, which confers on gamers the legal right to modify video games without permission but obliges them to remunerate the original developers for commercial use of those Mods. The second prong concerns the potential social harm of game Mods and proposes a community-based approach, under which game operators are imposed a common law duty to monitor infringement and to ensure the fair implementation of game developers’ terms of service.  Click here to download the article (until 22 January 2022).
Posted by HKU Law at 9:13 PM