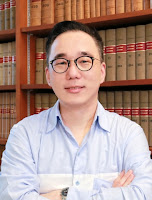 Congratulations to Professor Thomas Cheng on his promotion to full Professor this year. Professor Cheng specialises in competition law. He has written extensively on competition law in developing countries and on the competition law of a number of Asian jurisdictions, including Hong Kong, China, and Japan. His research has appeared in respected specialist US journals, including Chicago Journal of International Law, Berkeley Business Law Journal, Virginia Law & Business Review, and University of Pennsylvania Journal of Business Law, and in leading competition law journals such as Journal of Antitrust Enforcement and World Competition.
Professor Cheng is a well-rounded colleague with strong research momentum and international recognition.  In 2020, he published Competition Law in Developing Countries, the first comprehensive monograph on the topic, with Oxford University Press. He also published The Patent-Competition Interface in Developing Countries, again the first comprehensive monograph on the topic, with Oxford University Press in 2021.  More recently, he published a co-authored book with Kelvin Kwok, Hong Kong Competition Law: Comparative and Theoretical Perspectives, with Cambridge University Press, in 2021.   He is among one of the very few Asian competition law scholars who publishes and is cited regularly in the UK as well as US law journals.

Professor Cheng's research has been recognised internationally. He has been twice awarded the Jerry S Cohen Memorial Fund Writing Award in the vertical restraints and antitrust and IP categories. Apart from awards, his stature as a scholar has been recognized through appointments to the executive and advisory boards of a number of leading international competition law organizations such as the American Antitrust Institute and the Academic Society for Competition Law. He has made critical contributions to the development of competition law in Hong Kong. He advised the government extensively during the drafting of the city’s first competition law. He was a member of the inaugural Competition Commission and played a pivotal role in staff recruitment and setting up the Commission.
Professor Cheng is also the Co-founder and Director of the Faculty's JD programme. He has served as Deputy Head of the Department of Law since 2014.
Posted by Ivy at 5:00 PM