Albert Chen on the Law and Politics of Constitutional Reform 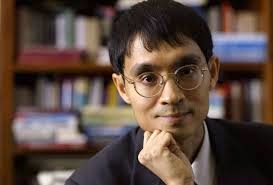 Abstract: Since 1997, the former British colony of Hong Kong has practiced autonomy as a “Special Administrative Region” (SAR) of the People’s Republic of China (PRC) under a constitutional arrangement known as “One Country, Two Systems” (OCTS). OCTS was first stipulated in the Sino-British Joint Declaration, a treaty signed in 1984 whereby Britain agreed to return Hong Kong to China in 1997. The Hong Kong Basic Law enacted by the Chinese National People’s Congress (NPC) in 1990, often known as Hong Kong’s “mini-constitution”, constitutionalizes OCTS, grants to the Hong Kong SAR a “high degree of autonomy”, and provides for the progressive democratization of Hong Kong.

The political system that has existed in post-1997 has been described as a “semi-democracy”. The Basic Law itself stipulates that the ultimate destination of the evolution of Hong Kong’s political system is the election of the Chief Executive of the Hong Kong SAR by universal suffrage. However, this is “a democracy that might never come.” “An authoritarian regime which has pre-committed itself to democracy is an inherently unstable regime, because it will be taken to task to deliver.” Since 2003, a democracy movement has developed in Hong Kong that struggles for the speedy introduction of such universal suffrage. In 2007, the Chinese government announced that such universal suffrage may be introduced in 2017. Since early 2013, a public debate has unfolded in Hong Kong on what should be the electoral system for this purpose. Pro-democracy and activists were concerned that the electoral system, particularly the nomination process for candidates, would be such that only persons approved or considered acceptable by the Chinese government could stand as candidates, and that the election would not be conducted in accordance with international standards of democracy and universal suffrage. They call this “fake universal suffrage”, and they argue that China must grant Hong Kong “genuine universal suffrage”.

The debate on universal suffrage in Hong Kong entered a new phase after 31 August 2014, when the NPC Standing Committee made a Decision on electoral reforms in Hong Kong. The model for universal suffrage stipulated in the Decision was immediately condemned by the pan-democrats as failing to meet international standards on what constitutes genuine universal suffrage, and as imposing unreasonable restrictions on the right to stand as candidates in the election. They vowed to vote against the proposed model when it comes before the Legislative Council in 2015. Under the Basic Law, any constitutional reform such as the election of the Chief Executive by universal suffrage can only be introduced by a two-thirds majority in the Hong Kong legislature, in which the “pan-democrats” currently occupy more than one-third of the seats.

The struggle for the realization of universal suffrage in the election of the Chief Executive in Hong Kong in 2017 provides a good case study of constitutional politics in a sub-national political community exercising autonomy and seeking to introduce constitutional reform and democratization. It is also particularly interesting because Hong Kong is an SAR of China, the major Communist Party-ruled polity in the contemporary world, while the aspirations of Hong Kong’s democracy movement are towards Western-style liberal constitutional democracy. This paper seeks to tell this story of Hong Kong’s quest for democratization, focusing particularly on the law and politics of Hong Kong’s constitutional reform. It suggests that the struggle for universal suffrage in the election of the Chief Executive of the HKSAR in 2017 and the obstacles it has faced reveal the underlying tensions behind, and the contradictions inherent in, the concept and practice of “One Country, Two Systems”, particularly the conflict between the Communist Party-led socialist political system in mainland China and the aspirations towards Western-style liberal democracy on the part of pan-democrats and their supporters in Hong Kong.

This paper consists of the following parts. Part I examines the constitutional and legal provisions governing Hong Kong’s political system and its development. Part II reviews briefly the movements towards democratization that have taken place since the establishment of the Hong Kong Special Administrative Region in 1997. Part III consider developments since early 2013, when a social movement known as the “Occupy Central” campaign developed to struggle for the realization of genuine universal suffrage in the election of the Chief Executive of Hong Kong. The paper will focus particularly on the positions of the democracy activists in Hong Kong, as well as the stance of the Central Government in Beijing. Finally, Part IV will conclude by reflecting on the project of Hong Kong’s democratization under “One Country, Two Systems” in the light of the NPCSC Decision of 31 August 2014.  Click SSRN to download the full paper.