Ernest Lim on Attribution and the Fraud Exception 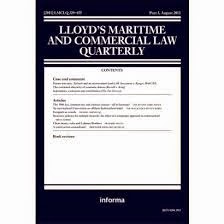 Should the fraud of the company’s management be attributed to the insolvent company so as to deny the latter’s application for refund of the excess tax paid out by the company to the Inland Revenue authority? That was in short the central issue which the Court of Final Appeal in Hong Kong in Moulin Global Eyecare Trading Ltd (in liq) v Commissioner of Inland Revenue had to address. Lord Walker of Gestingthorpe, sitting as a non-permanent judge, gave the leading judgment for the court and answered the question in the affirmative. The facts can be briefly stated. The fraudulent directors of the company deliberately inflated the company’s profits and, as a result, it paid excess tax amounting to, according to the liquidator, almost HK$89m (approximately £7m) to the Commissioner of the Inland Revenue. The liquidators submitted an application, which was rejected by the Commissioner, for a refund of the excess tax under the Inland Revenue Ordinance Cap 112 (“IRO”) on the ground that the excess tax was paid because of an error in the tax return. Whether there was an error depends on whether the fraud of the company’s management should be attributed to the company. That in turn depends on whether the fraud exception (sometimes referred to as the Hampshire Land principle)—where the agent commits a fraud or breach of duty, the knowledge of the agent should not be attributed to the principal—is applicable. After a detailed and extensive survey of the cases, Lord Walker emphatically concluded: “The fraud exception must be limited to its proper, limited role, that is of barring an unmeritorious defence in claims by corporate employers against dishonest directors or employees, or accomplices who have conspired with them.” In a remarkable and unequivocal admission, Lord Walker said: “I should state clearly that I now see that I was wrong, in para.145 [of Stone & Rolls Ltd (in liquidation) v Moore Stephens (a firm)], to regard the fraud exception as being of general application, regardless of the nature of the proceedings… .”  In other words, the fraud exception applies only to a “redress” situation whereby a company sues its directors, employees or their accomplices for wrongdoing committed against it but not to a “liability” situation under which a company is liable to a third party for the dishonest conduct of a director or employee...  Click here to download the paper.