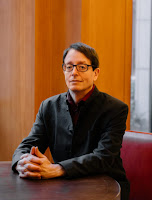 Welcome to Professor Daniel A Bell who joined the Faculty of Law!  Daniel A Bell (貝淡寧) is Professor, Chair of Political Theory with the Faculty of Law at the University of Hong Kong. He served as Dean of the School of Political Science and Public Administration at Shandong University (Qingdao) from 2017 to 2022.
His books include The Dean of Shandong (2023), Just Hierarchy (co-authored with Wang Pei, 2020), The China Model (2015), The Spirit of Cities (co-authored with Avner de-Shalit, 2012), China's New Confucianism (2008), Beyond Liberal Democracy (2007), and East Meets West (2000), all published by Princeton University Press.  He is also the author of Communitarianism and Its Critics (Oxford University Press, 1993).
He is founding editor of the Princeton-China series (Princeton University Press) which translates and publishes original and influential academic works from China. His works have been translated in 23 languages. He has been interviewed in English, Chinese, and French. In 2018, he was awarded the Huilin Prize and was honored as a “Cultural Leader” by the World Economic Forum.
Posted by Ivy at 3:00 PM